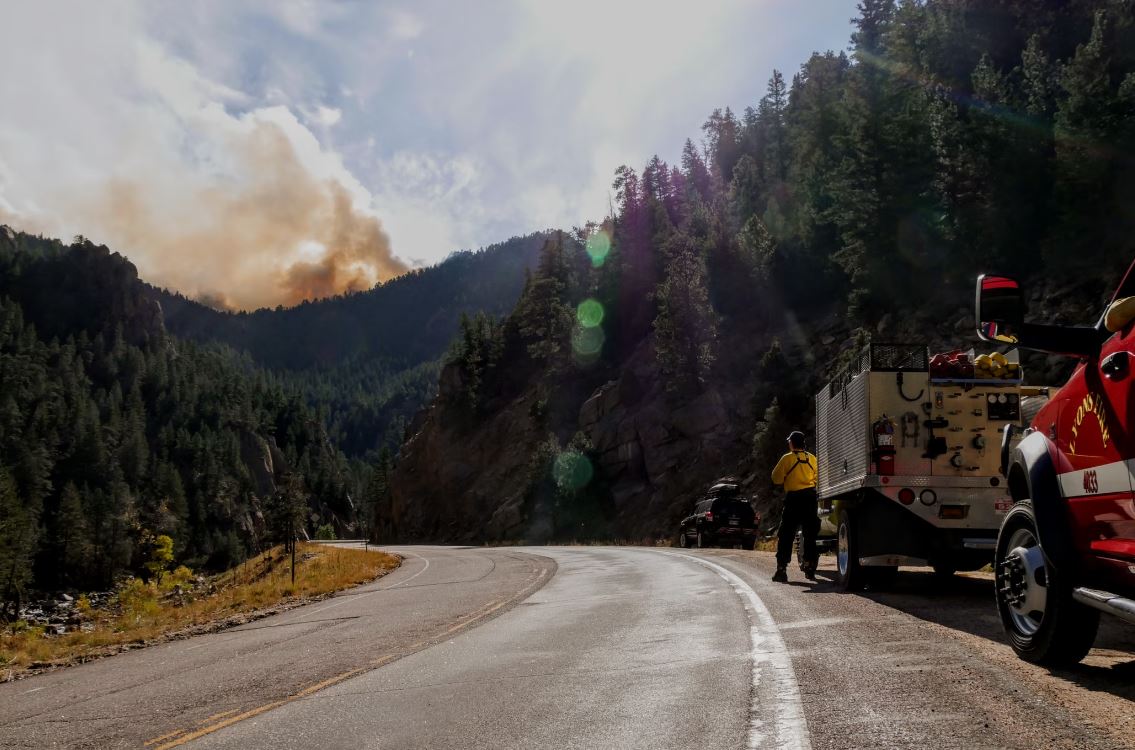 After a record wildfire season in 2021, California heads into the summer of 2022 with dire warnings of a wildfire season that could meet or exceed the one before it — both in the northern and southern reaches of the state.

At the beginning of June, the National Interagency Fire Center added Northern California to its list of regions in the west with “higher than normal” potential for wildfires in the coming months. Southern California, too, faces an elevated risk of wildfire in the wake of extreme triple-digit heat waves.

This year, the number of wildfires across the state has already exceeded 2,000, devastating 11,000 acres and including a devastating Orange County coastal fire that consumed more than 20 homes.

Contributing mightily to this increased risk of fire is the ongoing drought conditions that afflict the entire state. The first quarter of the year hit new records in terms of lack of rainfall, while the National Oceanographic and Atmospheric Administration (NOAA) reported January-April of 2022 to be the driest on record for California.

The US Drought Monitor currently classifies nearly all of California in a state of exceptional, severe, or extreme drought. It also reported snow cover to be virtually non-existent below 8,000, meaning little relief is to be had from the mountains as a result of snowmelt from the higher-than-normal temperatures.

Residents are feeling the pinch. Flow through rivers and reservoir inflow has already occurred weeks ahead of the normal schedule, while applications for water tank purchases, well drilling, and bottled water distribution are growing.

A consequence of these drought conditions, combined with the heat wave, is to leave the state blanketed with dry or dead vegetation — the kind of fuel that can allow a wildfire to grow out of control rapidly, to sizes that make it hard for firefighting teams to effectively control.

Fuel moisture levels — a measurement of the amount of water contained in the local vegetation and their corresponding resistance to ignition — are four months dryer than expected under summer conditions throughout the state. Some areas are 40% drier than the same day in the historically dry year of 2016.

Communities that have endured water restrictions as a result of the drought conditions are particularly vulnerable. Yes, the mandate for water conservation may have been defensible, but in addition to conserving water, it also left homes and property covered with dry or dead vegetation, making them more vulnerable to consumption in wildfires.

Case-in-point — the Orange County fire in May, which broke out on a day when the temperature was in the mid-70s with 70%+ humidity. The conditions weren’t ripe for a significant wildfire … but the dry vegetation sealed the deal.

Even more ominous has been the shift in occupancy toward wildland-urban interface areas — places where human development intersects with wildlife, zones that are increasingly popular residential districts while at the same time being particularly vulnerable to wildfires.

Due to the drought and dry conditions, California residents should brace for another year of significant wildfire risk. Wildfires can result in loss of property, loss of life, loss of habitat, evacuations, and displacement. For Californians, it’s a summer of vigilance for smoke on the horizon.

What to look for in a Natural Hazard Disclosure

The point of the document is to disclose to the buyer whether or not the property sits in a known natural hazard zone. This could include:

Another significant natural hazard, tsunamis, specifically affect coastal property all the way up and down the coast. Underwater earthquakes along the ring of fire can create superwaves that penetrate miles into the coastline.

These are the major natural hazards to look for in an NHD, but many other minor hazards may also be disclosed, pushing the length of the document to 40 pages or longer. Examples include nearby airports or industrial zones, the presence of radon gas … anything that might make your home more expensive to insure.

Insurability is a major driver of the NHD requirement. Homes within range of natural hazard zones or at high risk of natural hazards may be more expensive to insure; they may even be ineligible for certain forms of insurance. The point of the NHD is not just to inform the buyer of the risks they might face, but also to prevent any unpleasant surprises when they get insurance quotes.

Another thing to pay attention to when examining an NHD is who prepared it. Several third-party companies offer the preparation of NHD reports for home transactions. Usually, the seller’s agent picks the company to prepare the NHD, though the seller might make the selection as well. The cost of an NHD usually ranges from $50-$150.

The reason to take note of the company that prepared the NHD is that this company is usually the liable party if any information on the NHD turns out to be false.

The date on which the NHD is delivered is also important. According to the law, the buyer has three days to review the NHD. This time period is effectively another contingency period — for the three days after delivery of the NHD, the buyer is allowed to back out of the contract with no penalty.

Unique to California, the natural hazard disclosure (NDH) is an important document that informs home buyers of the risks they assume by choosing to live or acquire property in a certain location — to safety, property, and their bottom line.

Here is an example of a SnapNDH Natural Hazard Disclosure Report: https://www.snapcorp.com/examples/snap-nhd-report-example.pdf